A seminar by Jonathan Vacher at the Institute of Neurosciences Timone in Marseille (with the CONECT group). During a seminar at the Institute of Neurosciences Timone in Marseille, Jonathan Vacher will present his recent work on “Unifying Different Psychometric Methods : Theory and Experiment”:

The two-alternative forced choice (2AFC) paradigm is one of the main methods used to measure perceptual thresholds and biases. Measurements from a 2AFC experiment can be modelled using signal detection theory (SDT) from which the psychometric function can be derived theoretically. Recent efforts to combine SDT with Bayesian probabilities has linked thresholds and biases to hypothesized prior knowledge and optimal encoding/decoding [1]. From another perspective, the maximum likelihood difference scaling (MLDS) paradigm is a more recent method that allows the experimenter to estimate a perceptual scale that links a physical property to a psychological dimension [2]. Such a perceptual scale is obtained from the comparison of relative differences between pairs of stimuli. Here again, the underlying model can be understood in terms of SDT and Bayesian probabilities. However, no comparison between MLDS and 2AFC measurements has been performed yet. Here, we introduce the theory that unifies those measurements and we present some preliminary experimental results. In this context, we further explore how MLDS measurements could help to understand the perception of more complex textures generated from the statistic of deep neural network features [3].

Dr. Jonathan Vacher was a student at École Normale Supérieure de Cachan (now Saclay) where he pursued a degree in mathematics and applied mathematics. He completed his bachelor’s and master’s degree with a specialty in computational imaging and machine learning (Master MVA). He started a multidisciplinary PhD in mathematics (Paris Dauphine University, CEREMADE) and neuroscience (CNRS, UNIC) under the supervision of Gabriel Peyré and Cyril Monier. Then, Jonathan was a postdoc at Albert Einstein College of Medicine in New-York between 2017 and 2020 while initiating a collaboration with Pascal Mamassian from the Laboratoire des Systèmes Perceptifs ()École Normale Supérieure de Paris) where he is currently a postdoc.
events 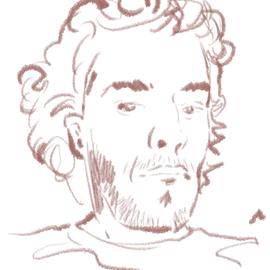